The New Rules of The Game

Today Wal-Mart, one of the largest brick and mortar retailers, announced a major effort to build a bleeding edge high-tech enclave with full financial and executive support. 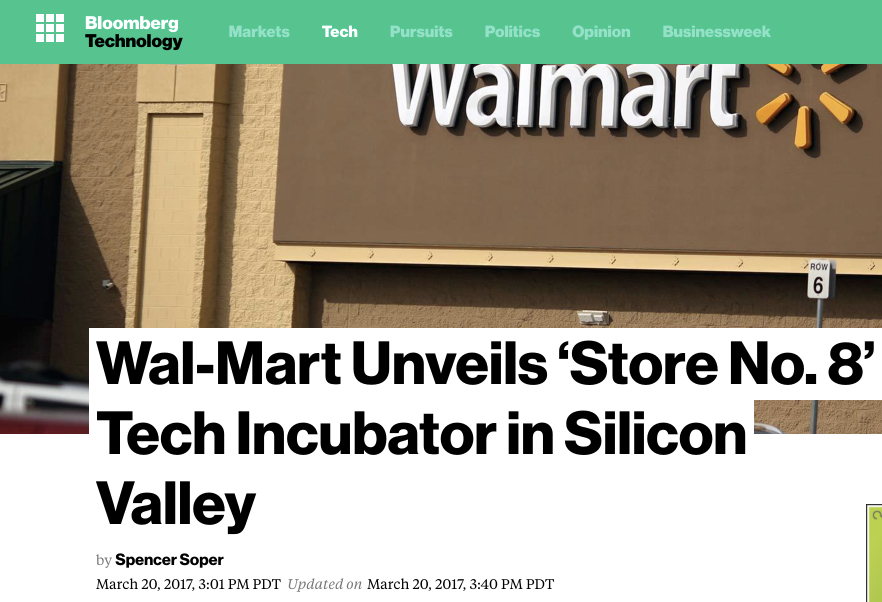 Bloomberg says: "The incubator will partner with startups, venture capitalists and academics to promote innovation in robotics, virtual and augmented reality, machine learning and artificial intelligence, according to Wal-Mart."

Making the transition requires transforming company culture and core competency. And time is of the essence. Walmart’s $3B+ acquisition of jet.com brought Walmart technology talent and leadership overnight. The incubator, being led by jet.com's Lore, is another a big step. We hope it ultimately turns Wal-Mart into a technology company because the level of innovation they seem to be aiming at is meant to put them at the forefront.

Not everyone can or need spend that much but the mindset change and decisive actions are still required. Any company in this position must have a plan to be reborn online. Find experts you can trust and start now. Even if you don't understand the tech, learn it as you take action. We've helped companies transition at least part of their businesses into state of the art Big-Data Machine Learning driven applications and they ended up being experts.